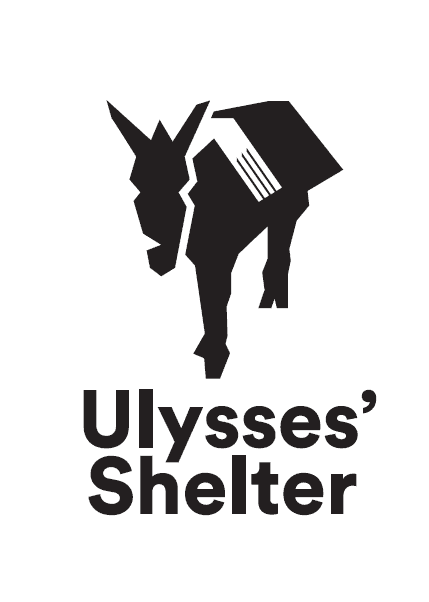 Within the scope of the call for proposals to participate in the residency programme 2022–2023, under the project The Ulysses’ Shelter 3, the jury of three members, namely Dejan Koban, Nataša Čebular and Davorin Lenko, selected three Slovenian candidates to take part in the 2022–2023 residency programme.

Tibor Hrs Pandur (1985, Maribor) is a poet, translator, dramaturge, playwright and teslologist. From 2009 to 2018 he was the editor-in-chief of the magazine and paraliterary organisation I.D.I.O.T. He translates from German, English, Serbo-Croatian and Spanish. In 2008, his debut play Dream 59 was staged at Glej Theatre, for which he was awarded the Young Playwright Award at the 43rd Week of Slovenian Drama in 2013. In 2010, his poetry debut Energymachine was published by the Center for Slovenian Literature; and in 2011, his translation debut of selected poems by Jim Morrison: The Eyewitness (Aleph, Center for Slovenian Literature). In 2017, his second collection of poetry, Internal Affairs, was published by Litera in Maribor. In 2019, his translation of Nikola Tesla’s essay The Problem of Increasing of Human Energy (with an extensive accompanying study entitled Tesla’s Hybris and the Laws of Nature) was published by ZRC SAZU and Litera, reprinted in an expanded and updated edition in 2021. As a dramaturge he collaborates with Nina Rajić Kranjac and Livija Pandur. His third collection of poetry, Psyops, will be published by Litera in 2022.

»Internal affairs are in a political sense foreign affairs. The battle for the terrain of ones’ dreams means to enter into the heart of the spectacle and to confront it. The described paradoxes, which are brought out in the process, are a result of an intense struggle. The result of this battle is a text, which can be read as a bundle of individual, separate poems or as one giant political body, entirely in accordance with the described rift between the individual and the crowd, which leads to their unification. A political body we say, because it is a result of political struggle on the terrain of the intimate. The text is unusually long for a poetry book, but an attempt at unreflected editing could mean an open interference with this struggle. Through separate poems-dreams the individual multiplies, deindividualizes himself, and tries to fuse himself into a coherent, individual whole. With this Internal Affairs transcend the old-worldly petit-bourgeois vision of decorum and manageability, including the contemporary mania of pre-packaged solutions, a form of manageability as well. Internal Affairs represent a battle song and an elegy. They are an intensity of friction, pledged to its historical moment in time. They fuse, in a manner specific to poetry, the singular and universal: they are not a document of their time, but an intervention into it, and with this they manage to bring out the most that poetry is able to achieve. Not as a means, but as poetry.«

“Tibor Hrs Pandur has taken a big step forward from the new age fascinations and illuminated Tesla’s work with his well-considered insights. He has equipped the book translation with a comprehensive, outstandingly profound afterword, hardly comparable to any other in the world’s teslology circles. His analysis is especially meaningful due to its very holistic approach: it refers to numerous verifiable facts, to a comparative study of an extremely large data corpus, but at the same time, Tibor presents all this In the critical light of an integral vision on how we, the sentient human beings, are to lead our lives towards a purposeful fulfilment and happiness. This is precisely the mode that Nikola Tesla himself operated in. The path, of course, is not easy, and the drafting of this book took a lot of effort. In any case, it has been given to us at the right time, at a time when we are obliged to look for radical new answers to the ever-present old questions of human existence.”

Ajda Bračič (1990) is active as an architect, publicist and editor, and works with many media from the fields of architecture and culture kulture (Ekran, AirBeletrina, Hiše, Outsider, Razpotja, ETC, Literatura, etc.). Her poetry and short stories have been published in the magazines Literatura, Sodobnost, Rukopisi, Medmet, on the national broadcaster Radio ARS, as well as Radio Študent, she has also won several competition awards. In 2018, the Ignor art collective published a limited edition of booklets of her poetry entitled gravženroža. In 2022, LUD Literatura published her literary debut, a short story collection entitled Leteči ljudje. Her short prose is currently being translated into German and Ukraninan, while her poetry has been translated into German, English and Serbian.

“We first have to draw attention to the subtleness and non-pretentious metaphors and comparisons that Bračič uses in her stories. This is exactly what enables her to sew details all over her collection that make fictional worlds come to life, make them tangible, sensorily graphic. (…) Meanwhile, perhaps the most interesting quality of these short stories is shown at the times when they open up to the magical; when the final space suddenly whirls and opens up into the endless, where behind the room door, for example in the House of Memory, entire landscapes extend; where, in short, the realistic tone suddenly goes through suspension to open up some – perhaps suspected, perhaps not – worlds under the surface.”

Robert Kuret on the collection Leteči ljudje, the Delo newspaper, 2022.

“Ajda Bračič is an architect by education, but after the launch of her narrative debut Leteči ljudje, published in the collection Prišleki at the Literary Art Society Literatura, she is most certainly also a writer. Her stories tackle uneasy subjects, often anxieties, close death encounters, however, she writes on her chosen subjects with finesse and originality.” 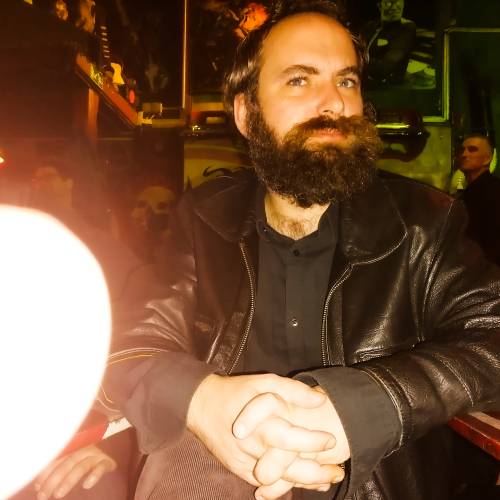 Sergej Harlamov (1989, Slovenija) is a poet, sociologist, literary comparativist and publicist. In 2011, he was the guest at the Pranger Festival of literature and criticism as a winner of the Young Literature Festival Urška, and his debut book Jedci came out in the same year. His follow up poetry collection Mnogoboj mitologij (2019) was nominated for the Jenko Award as well as the Kritiško sito Award. It was also included in the selection publication Ten books from Slovenia, selected by the expert critics, as one of the most interesting publications in the year 2019. This year, Harlamov published his third poetry collection of experimental, concrete-abstract poetry entitled Hypomnemata ali Obnovimo osnove pisanja. His poems were published in all important Slovenian literary magazines and translated into Serbian, German, Hungarian and English. Also, his interdisciplinary BA thesis entitled Michel Houellebecq and the Archaeology of the Present won him the national Student Prešeren Fund Award.

“When I enter the space of Sergej Harlamov’s poetry, I am perhaps also entering a space where death is at its most living, and yet, with a feeling that the opening is dictated by a foreboding and also already an experience. Perhaps an experience of a hermit. I say perhaps, because the drawn images are often on the brink between the real and the abstract, however, they always settle for the existential realisation of an estranged individual, capable of a deeper social insight.”

“Actually, I do not even know how to write something about this book without settling for the things the book itself is shattering. And of course: how can It shatter from the very place where it alone, in some way, stands? This Is best answered in extreme materialist manner: It obviously can, because It has. with some amount of tranquillity, it might be better to claim that the collection is in favour of its own dethronisation in order for it to finally enter the “order of things” instead of floating somewhere out there with the mystics (more: de Beauvoir). Of course, all of this sounds as some sort of browsing around one’s own status, but this might very well be the basic point: that the subject explains oneself with its own means and in its own way. But nevertheless, that is not all there can be said about this Harlamov’s book. Or is it now?”