Announcing the names of Ulysses Shelter 2 residents for 2021–2022 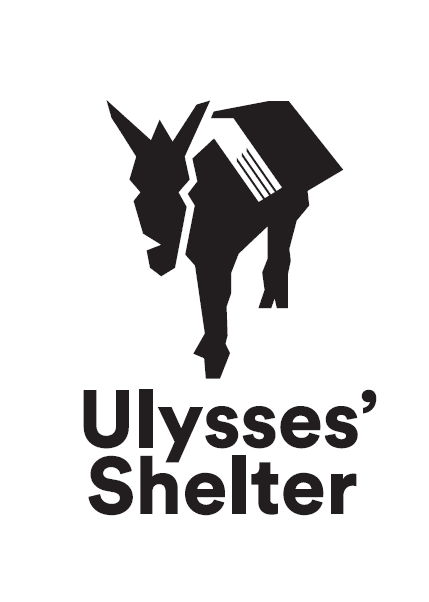 Announcing the names of Ulysses Shelter 2 residents for 2021–2022

The SWA received 10 applications and three from Slovenia have been selected to participate at this project:

Tomo Podstenšek (1981) mainly writes prose fiction. He has published short stories in Slovene and in foreign literary magazines, and several of his texts have received awards in various competitions. He is the author of six novels and two collections of short stories.

The novels Sodba v imenu ljudstva (The verdict on behalf of the people) (Droplja, 2012) and Papir, kamen, škarje (Paper, rock, scissors) (Litera, 2016) were nominated for the Kresnik award for the best Slovenian novel, while the collection of stories Ribji krik (Fish scream) (LUD Literatura, 2017) was nominated for the Novo Mesto Award for the year’s best book of short stories.

In addition to writing, he occasionally works in theatre, radio and other related projects as well as an organizer of literary events.

“The debut of a promising author, written in a dynamic style and in feuilleton-length chapters.” (Samo Rugelj, Bukla)

“Through his sensitive descriptions of all conflict situations, the author also indirectly alludes to broader social and political events. It becomes clear to the reader, first-hand, why socialism has failed and why capitalism has persisted for so long. “(Miša Gams, Airbeletrina)

“The novel The Lift offers up quite a few interesting associations and also raises the question of the intolerance of human proximity, which is also a symptom of modern depersonalized society.” (Ana Rozman, Radio Slovenia)

“Podstenšek is a master of psychologizing characters, especially their darkest sides and passions, those which have to be hidden and silenced on account of social conventions but which are trapped in a person like an inaudible cry.” (Tanja Petrič, dobreknjige.si)

“Fish Scream is a story about something that could happen but won’t, as we are trapped in the nets of dissatisfied lives, and all we can do is scream inaudibly. The title is synonymous with all that remains unsaid in relationships. “(Samanta Hadžić Žavski, Koridor)

“The stories are written with narrative skill, are convincing in terms of character, are ethically acute, and, of a uniformly high quality.” (Matej Bogataj, Sodobnost)

“An excellent novel, full of humour and satire, that reflects the spirit of modern times, which craves only attention and as many likes as possible, and therefore infinitely inflates its (false) conscience, while ruthlessly forgetting the essential: the little man.” (Vesna Sivec Poljanšek, Bukla)

“The novel What Starts with a Smile is a refined test of social fitness, written fluently and appropriately reconcilably, so as not to fall into the crime novel with which he flirts in one segment, or into a revenge drama, even though Felix strikes back. However, things are settled through humour and a little indulgence, quickly and without consequences, let alone bloodshed, even if pistols are drawn in between. A witty reflection on happiness, perhaps on what the title is seeking.” (Matej Bogataj, Mladina)

After completing the Second High School in Maribor and the Conservatory of Music, Ana Svetel graduated with a master’s degree from the Department of Ethnology and Cultural Anthropology, where she is currently completing her doctorate. Her poetry collection Lepo in prav (Fine and Good) was nominated for the best debut of the year, and her book of short fiction Dobra družba (Good Company) was nominated for the Novo Mesto Award. Both works enjoyed a second edition. Radiotelevizija Slovenija recorded a selection of stories from Good Company as a series of radio plays. She publishes poems and short stories in the leading Slovenian literary magazines (Literatura, Dialogi, and Sodobnost) and writes columns and essays for various media. Her works have been translated into English, Portuguese, Croatian and Bosnian and have repeatedly appeared in anthologies. She is included in the international poetry platform Versopolis. She is also actively involved in music and storytelling.

“Ana Svetel’s collection of poems is without a doubt a bright comet in the skies of contemporary Slovenian poetry, and among last year’s debut collections it is certainly the very pinnacle of so-called young lyric which, in the present book seems, mature, cultured and has the right measure of lyrical élan.” (Milan Vincetič on Lepo in prav, Sodobnost)

“Ana Svetel creates the sonorous poetry of ‘youth,’ whose melodic, sensitive and internally liberated word grows with fecundity from the present and from very concrete experience.” (Martina Potisk on Lepo in prav, Literatura)

“The concise format of short stories is excellent for the author, as she suggests just enough details to let readers easily get used to the situation, and she foregoes long-winded explanations and moralizing. The dialogues and experienced first-person monologues that make up the majority of the collection are intertwined in an easily playful tone, which in no way trivializes their point.” (Irina Lešnik on Dobra družba, Literatura)

“The structure is good – the twists and turns are attractive, but rather than slipping into the point, they leave the story open – the writing is agile, reading it is a joy.” (Petra Vidali on Dobra družba, Večer)

“Ana Svetel collects her literary characters broadly enough and gives them appropriate language training while placing them in one of the few remaining spaces of the public: in the cabin, with exciting music and the same image of passengers, with problems bubbling up from beneath the surface. All this makes for recognizable, everyday, but also mysteriously receding and sometimes tense atmospheres. And denouements.” (Matej Bogataj on Dobra družba, Mladina)

Uroš Prah (Maribor, 1988) is the author of three poetry collections in Slovene: Čezse polzeči (Ljubljana: CSK, 2012), Tišima (Ljubljana: CSK, 2015 – nominated for the Veronika and Jenko Awards) and Udor (Ljubljana: ŠKUC, 2019). In 2018, he received the Exil Lyrikpreis Award in Vienna for his investigative poem “Nostra Silva,” which was written in German. In February 2019 he was a resident of the Slovenian Ministry of Culture in New York, in September 2019 he was a resident of Traduki and the Romanian National Museum of Literature in Bucharest, and in June 2020 he was the IHAG resident in Graz. Translations of his collections, poems and essays have been published in 17 countries. He was the co-founder and long-time editor-in-chief of IDIOT magazine, the program director of the international festival Literodrom, and the co-founder of the Museum of Madness, Trate. He is currently living in Vienna.

“When Prah creates space by ‘turning inwards and downwards,’ he shows that disembodiment is capable of withholding speech.” (Gabriela Babnik on Udor, Delo, 2020)

“And the poet decided to strike out at the native language, the Slovene language, to dust it off, to air it out, to cleanse it and to reassemble it, to ennoble it so that its expressive power would be made less poor. And, it must be acknowledged, the poet succeeds, as a cleansing action takes place in full splendour. … And Slovene comes to life again!” (Andrej Lutman on Udor, RTV, 2020)

“The poem ‘Modesty of Minorities’ … can serve as a suitable action programme for any minority in a dictatorship. … The power and modesty of Uroš Prah’s poetry is a great gift for lovers of both beautiful writing and engaged texts. After all, in today’s increasingly virtual world, poetry often turns into a forgotten, underrated art, a minority. But now, thanks to Uroš Prah, we know that the minority must offer ‘a more real noise – the terrible density of a calm word that hums.’” (Uladzislaŭ Harbacki on Tišima, Makeout, Belarus 2020).

“Prah’s poems are a challenge, a challenge to read. They are dark and fleshly, solid and close. There is no denying the erotic charge, the presence of the other, but in a language that maintains distance. There are a number of the word games in this book that are characteristic of the author and also present in his first book, Čezse polzeči; in Tišima, this is already reflected in the title, which is almost impossible to translate – a variety of silence, a silence that pushes … – we immerse ourselves in reading, which requires work from the reader. A book that challenges forms and unites them.” (Pablo Arraigada on Tišima, Argentina 2018)

“Forest scene: Old trees do not rustle here; the chainsaws of an international timber corporation based in Austria, which cuts protected forests in the Carpathians with great aplomb, are roaring here. In his surprisingly bare text …, Uroš Prah, without any pedagogical pathos, takes questionable capitalist practices and corruption to task. In general, Prah proves to be a master of non-pathos, reviving lyricism in traditionally anti-lyrical spheres. “(Barbara Zwiefelhofer, Literaturhaus Wien; Katja Gasser, ORF; Julya Rabinowitch; Exil Lyrikpreis 2018 justification for the investigative poem “Nostra Silva”)

“Uroš Prah will be one of the outstanding poets of the early the 21st century…” (Katja Gasser on Tišima and Udor, Vienna 2020)

The Ulysses’ Shelter project was started in 2017 with the objective to build a network of exchange literary residencies for young prose and/or poetry writers and literary translators. The second stage of Ulysses’ Shelter 2 is once again being co-funded by the Creative Europe Programme of the European Union, and as a project run by Croatian publishing house and literary agency Sandorf, alongside four partners – Literature Across Frontiers and Wales Literature Exchange from Wales, Krokodil from Belgrade (Serbia), Thraka from Larissa (Greece), and Slovene Writers’ Association from Ljubljana (Slovenia) – it aims to develop a literary residency network across Europe.

We invite you to keep following along!