Marking the splendid translation of Josip Murn’s selected poems into English, titled Lonesome Poplar Tree and authored by Nada Grošelj and Jason Blake, literary critic Igor Divjak exchanged words with Ms. Grošelj and the poet Brane Senegačnik. The event ran within the framework of the Slovene Book Days festival and occurred on Thursday, 20 April at 17.00 hours at the Tomaž Šalamun Centre of Poetry in Ljubljana. Participants discussed the significance of Murn’s lyricism, which departed from the nationally-oriented structure models influenced by Prešeren, for the subsequent development of Slovene poetry and its impact in contemporary times. With his particular understanding of the present moment, Josip Murn left a singular mark on later domestic artistic tendencies, and talks thus revolved around an updated placement of Murn’s legacy into the broader European context. Translator Nada Grošelj elaborated on the challenges and issues she had faced in the transposition of Murn’s sublime freshness of expression into a foreign language. 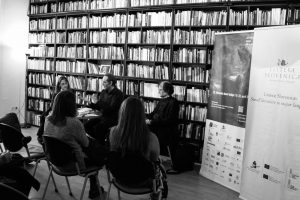 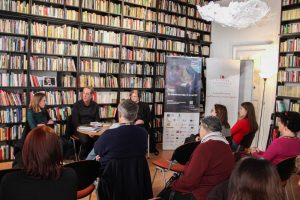